When we’re planning to go out, there are a number of eateries that are always on the top of our mind – and Andrea’s Eatery has always one of them! The brainchild of Amici Café’s owner Andrea Pauro, it opened doors in 2016 and has become an established name in the restaurant space. And now, it has got a makeover right from the menu to the interiors. We recently visited Andrea’s Eatery in Select Citywalk, Saket and there were plenty of options and additions on their new menu.

After its stint as an Italian joint, Andrea’s is now offering world cuisines and crowd favourites. Thus, Asian favourites like Dim Sums, Sushi, and Baos are now part of the expansive new menu. The refurbished space exudes a relaxed, feel-good vibe with food clearly being the primary focus. The seating has also expanded to 80 people now, almost double the original. We started off our meal with the Asian Chilli Burrata, which had a twist of avocado, cucumber, edamame and chilli oil. The Truffle Enoki and Korean Chicken Open Bao too were quite crunchy and enjoyable. The drinks including mocktails like Summer Is Back, Mint Ginger Ale and Siam Watermelon Cooler were quite refreshing and flavourful. 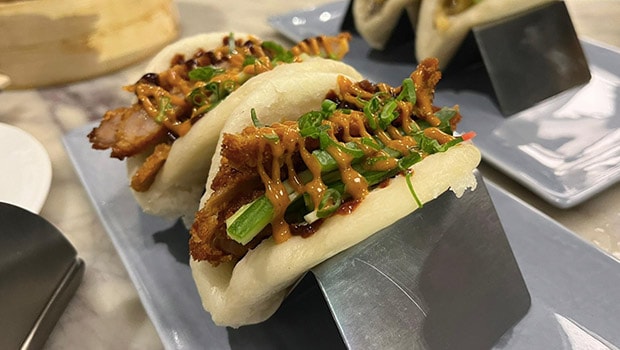 Among the Dimsum vegetarian section, we tried the Four Seasons Veg, Exotic Mushroom, Chilli Edamame and Truffle Cream cheese. Our favourite was definitely the Exotic Mushroom, served with Andrea’s signature black pepper sauce. Meanwhile, for non-vegetarians, the chicken chilli oil ones were quite delicious. In the Sushi section, we would highly recommend Andrea’s Sushi Roll with spicy tuna, salmon, avocados and a jalapeno dressing. 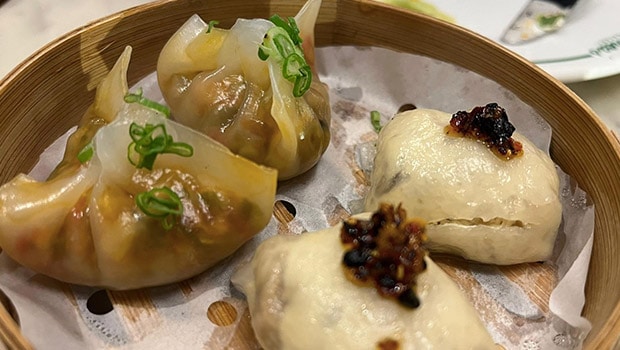 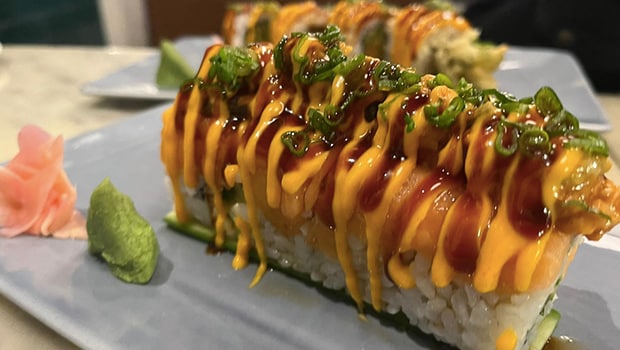 Of course, a visit to Andrea’s would be incomplete without pizza! We tried the Margherita and Farmer’s Veggies pizzas and both were generously topped with cheese and plenty of delicious toppings. In the desserts, we would highly recommend the Eight Textured Chocolate Cake, which had the flavours of caramel and hazelnut along with zesty orange slices. The Cremino too was a lighter take on the Tiramisu, which had a wonderful aftertaste of coffee and cream. 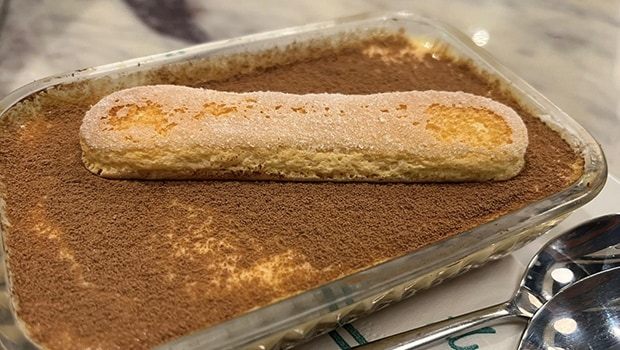 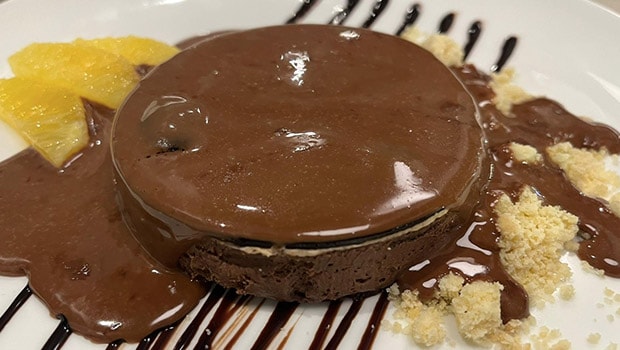 So, try out this vast new menu at Andrea’s Eatery and enjoy a wholesome and memorable evening!